. नेट फ्रेमवर्क साक्षात्कार (सवाल और जवाब)- .Net Framework developed by Microsoft to create Windows,web and Enterprise applications.If you develop your application on .Net platform, It will make use of .Net Framework features.

Common Language Runtime (CLR):
The CLR is one of the foundation in the .NET framework and provides a common set of services for applications developed on Microsoft .Net Technologies.
​
Advertisement
.NET Framework class library:
The .NET framework class library is a collection of reusable types and exposes features of the runtime. It contains of a set of classes that is used to access common functionality.

This is a subset of the CTS which all .NET languages are expected to support. It was always a dream of Microsoft to unite all different languages in to one umbrella and CLS is one step towards that. Microsoft has defined CLS which are nothing but guidelines that language to follow, so that it can communicate with other .NET languages in a seamless manner. 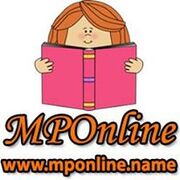